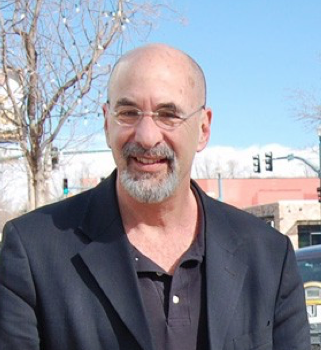 Earlier this year at SpringsTaxpayers, we wondered who was behind the telephone poll calls regarding a City Council pay raise. So we filed a Colorado Open Records Act (CORA) request to find out. The CORA returned one email that mentioned the telephone poll. It involved an email from Jake Eichengreen of Quad Innovations Partnership, to Colorado Springs City Councilor Jill Gaebler. We wrote a short blog about it.

We then submitted another CORA request for a set of invoices that City-owned Colorado Springs Utilities (CSU) had paid to Quad Innovations Partnership, as well as emails from other public officials who may have been connected to the group.

Guess whose name turned up, pushing one particular project for Quad Innovations Partnership? None other than Colorado Springs City Council President, Richard Skorman.

Skorman intervened and emailed CSU staff —seemingly as an aside, almost innocently— asking for the status of Quad Innovations Partnership’s project with CSU. What’s especially disturbing to us is that it appears Mr. Skorman is —again— looking out for someone he knows on a personal level. In the emails we obtained, Eichengreen revealed that he is Mr. Skorman’s godson.

Feels like déjà vu, right? It wasn’t that long ago that Skorman tried to help out another friend, and got in to some hot water for it.

How much did this one particular Quad Innovations Partnership project cost the taxpayers? $50,200. Half has already been paid, and the other half will be paid upon completion of the work.

We did some calculations based on information provided by the City’s Communications Department. Filling a pothole in the City of Colorado Springs costs the taxpayers $14.91 per pothole. Had that $50,200 been spent on something useful to all the taxpayers, it could have been used to fill 3,367 potholes on hazardous roads in Colorado Springs. Where would you have preferred the money go? After all, you are the ones who earned it.

Stay safe out there, Colorado Springs. We’ll keep looking out for you…and your money.