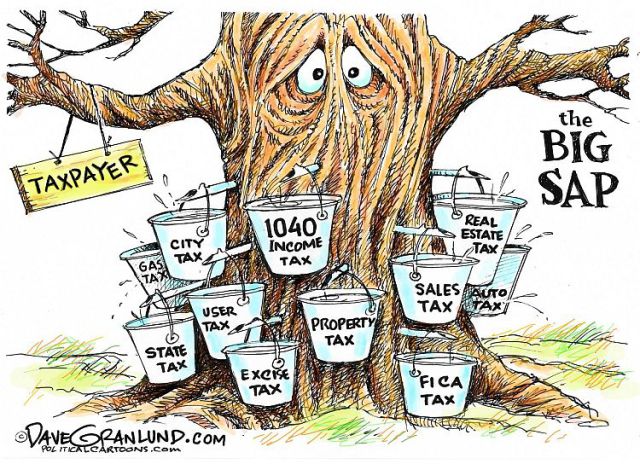 SpringsTaxpayers.com submitted the Pikes Peak Rural Transportation Authority (PPRTA) sales tax “con” argument for the November election information booklet. We’re not certain what portions will be published in the booklet, as our comments will be combined with others who may have also submitted arguments. We thought it was important to share what we wrote with readers.

El Paso County citizens are experiencing tough financial times. We need tax relief —not government with its hands out yet again.

Inflation is reported to be 8.3%. Most families know it’s much higher. Gasoline prices are up 81% since January 2021. Natural gas prices for electricity and home heating are up 150% since December 2021.

Government never tightens its belts the way the citizens have to, as they have an endless supply of our money. That needs to stop. If approved, this .55% sales tax would last through 2034. That’s a 10-year commitment during uncertain financial times! As the price of goods, services, and utilities climb, that puts an astronomical amount of money into the pockets of politicians. That’s because the PPRTA tax is a sales tax on all taxable purchases.

Politicians and bureaucrats have a history of using PPRTA funds to pay for projects neighborhoods don’t even want. They touted the Research Parkway Bike Lane project, which removed vehicular traffic lanes as “only” costing $10,000 of PPRTA tax funds back in 2016. That project cost more than 9 times that amount. They spent $16,000 of our hard-earned money to remove the lanes. Neighbors also had to rise up over potential projects on Constitution Avenue and Platte Avenue. It took those neighbors countless hours to fight to reverse those projects or project plans. Think about that…this PPRTA tax gives politicians your money to do projects that you may have to fight to have them remove or adjust. Over $2.5 million was spent for on-street bike lane “improvements” with the previous PPRTA tax money. Not all projects are disclosed in the ballot language, so you don’t know what may be coming to your neighborhood.

Let’s not commit and burden ourselves with a long-term tax. A government with too much of our money will only waste what they have.