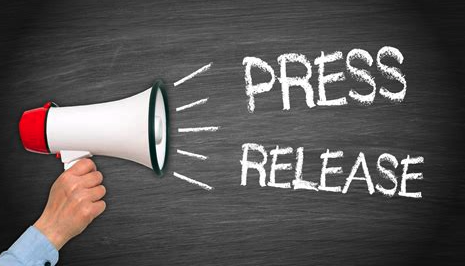 This morning, we sent the following press release to members of the local media, to provide details on our new radio advertisement campaign. Feel free to forward to your favorite reporters.

Thank you to all who donated to make this campaign possible!

September 27, 2022 Colorado Springs, CO – SpringsTaxpayers.com, organized as a 501(c)4, announces the launch of a new radio advertisement. The ad will begin playing this week on Colorado Springs radio stations. Listen to the ad here.

“With historic inflation, increasing energy costs, and recent employee salary increases at Colorado Springs Utilities, CSU’s commitment of $45 to $100 million per year of ratepayer money to fund and support future broadband providers is tone-deaf.” said Laura Carno, co-founder of SpringsTaxpayers.com. “CSU’s contention that future renters of this excess, ratepayer-funded infrastructure will pay that $45 to $100 million per year back rings hollow, as they have not released any contract information to support that argument.”

Rebecca Marshall, SpringsTaxpayers.com’s co-founder said, “There are two private companies, Underline and Metronet, that had already begun planning infrastructure at their own expense, even before CSU made its announcement. CSU is a ratepayer-funded, City-owned enterprise. It has no business committing ratepayer money to this clearly unneeded boondoggle. So, we’re asking the question: Why is CSU doing it?”

When CSU ratepayers click on ‘Take Action’ at SpringsTaxpayers.com, they have the option to send an email to their representative on the CSU board, as well as to the CEO of CSU.

Technology is moving mighty fast these days, with people like Elon Musk leading the way. Elon’s Space-X is deploying thousands of satellites to deliver high speed internet access across the globe, even to all the far away nooks and crannies where nobody thought broadband could ever be delivered. All the more curious why Colorado Springs’ city government would spend millions of our tax dollars trying to deliver broadband. Think about it. Private companies like Metronet, Underline and Space-X are already using private investments to deliver next generation broadband networks. Why should city bureaucrats stick their nose into broadband? Why should our hard-earned tax dollars be put at risk? And who in their right mind thinks Colorado Springs government bureaucrats can get broadband done right? They can’t even make our utilities affordable. Tell the city of Colorado Springs you’ve had enough of their wasteful ways. Tell them to focus on doing their core functions, not broadband. Go to SpringsTaxpayers.com and click “take action.”