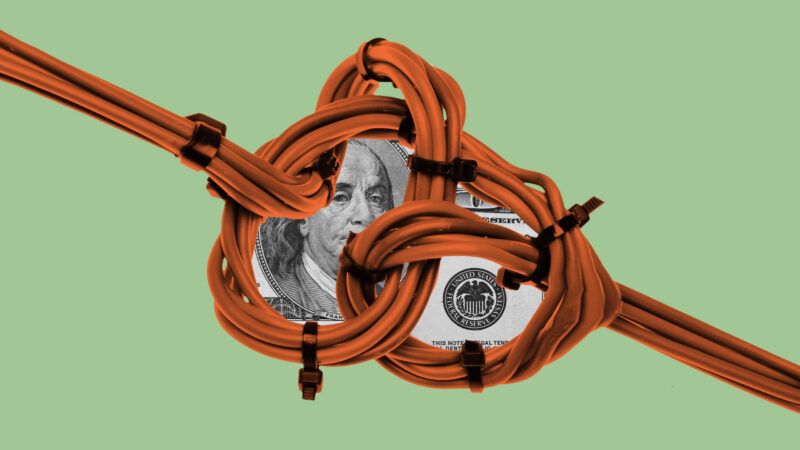 We are sounding the alarm bell.

You, the Colorado Springs Utilities (CSU) ratepayers, are about to be on the hook for a new boondoggle. It’s not too late for you to take action. CSU is getting you into the broadband business on your dime.

Politicians and bureaucrats aren’t businessmen. Everything they touch turns into gold —for them and their friends, but never for you.

As a result of a tip, we investigated the CSU high-speed broadband story before it was announced to the public. As a reminder, CSU was far from transparent when we asked them to share information about how they are spending your money. They announced the project in early January, 2022. Their plan is to install high speed broadband fiber throughout Colorado Springs, and lease the fiber infrastructure to private broadband providers. The estimated project cost for CSU ratepayers is somewhere in the range of $45-100 million annually.

CSU will begin installing fiber in September. Google and Ting have signed lease deals with CSU to use the ratepayer-funded infrastructure.

CSU’s broadband program will be in direct competition with these two private companies, and that’s not the proper function of government.

What are all the issues with municipal broadband?

Private businesses are run by individuals and companies for a profit. They make the rules, sign the contracts, and spend out of their own budgets. Often, they duplicate their business models in different cities, gaining experience as they go, and creating economies of scale. They watch their budgets closely. They are quick to make adjustments if they see something isn’t working, as they have much to lose if they fail. Private businesses have the incentive to provide goods and services at a competitive price. If they don’t, people won’t buy from them. Private businesses can fail, and we are good with that.

Government-operated programs are run by bureaucrats and politicians. Profit isn’t their goal. Efficiency isn’t the name of the game. There is red tape, and the wheels move slowly. If the budget goes over projected costs, they are able take even more money out of our pockets through increased rates, fees, or taxation. And they never have enough of our money. Yes, government provides a few valuable services —defense, roads, bridges, public safety, etc. But government runs too many enterprises that it has no business running.

Take a look at what’s happening in the economy right now. We’re in an economic downturn. The difference between the private and public sector is glaring. Have you heard of government making any cutbacks to staff or spending, as the economy turns sour? No. In fact they are actually paying government employees more money. On the other hand, there are plenty of examples of private businesses making staff cutbacks, as they must tighten their belts. Government doesn’t mind hemorrhaging our money. They’ll just take more.

A study by the University of Pennsylvania took a look at financial solvency of 15 municipal broadband projects. The study showed:

Does that sound like a business you want to invest in? CSU wants to, but with your money.

The CSU broadband project puts ratepayers on the hook for up to $100 million annually. Can CSU increase that budget? Of course, they can. The cost is only an estimate and may climb higher. CSU is under no obligation to keep to that budget. If this goes poorly (and based on the track record of other municipal broadband enterprises, it probably will), the ratepayers —that’s you and me— are the losers. There are approximately 243,000 CSU customers. If they only spend $100 million per year on broadband, that’s a cost of $411.52 annually for each household. The future is uncertain for broadband profitability and we don’t expect they’ll keep to the $100 million budget. They are gambling with ratepayer money.

Private companies like Metronet and Underline take all the financial risk. No ongoing $100 million hit to ratepayers. Just a price for their service that consumers can buy, or not buy.

According to this Gazette article in May, Jonathan Chaplin, who heads the U.S. communications industry team for London-based New Street Research, said two providers offering 1 gigabit or more per second internet speeds can operate profitably.

“Two providers makes a good market,” Chaplin said. “If there is a third provider, no one will make money. Each network has a substantial cost to build and operate,” he said. “It sounds fantastic for consumers — both households and businesses will benefit in the short term. But it could be very bad in the long term if no one makes money. They will either go out of business or service will suffer. It is insanity.”

We like competition, but if the Colorado Springs market is not large enough for more than 2 providers, why is CSU encouraging —and subsidizing— multiple leasing tenants when there are already two private providers in the process? According to a recent Colorado Springs Independent article, CSU CEO Aram Benyamin said, “It will be all about competition.”

Again, competition is great. It leads to better products and services and price competition is always good for consumers. But not when government is involved.

Our Trust in CSU Board Decisions is Shaky

Things aren’t going well for CSU customers following some major decisions by the utility board in recent years. As a reminder, the Colorado Springs City Council members represent you as members on the CSU board, too.

We are concerned, and you should be too.

Click here for our contact tool, to quickly and easily write an email to all of them. You can use our suggested language, or edit it to use your own sentiments.

This is the wrong time to commit ratepayer money to a broadband boondoggle. We don’t need government to pick our broadband for us, while saddling us with $100 million in annual costs. This leaves ratepayers vulnerable. Tell your public servants that their job is to represent ratepayers, not to be a rubber stamp for Colorado Springs Utilities. Tell them to hit the pause button on spending one more dime of your ratepayer money on municipal broadband. They need to leave broadband to private companies.