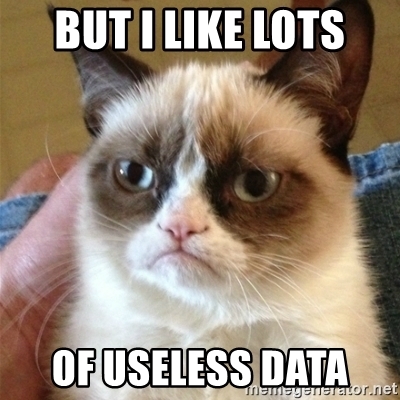 The pilot included both street light dimmers and weather sensors.

Had you ever heard of the Smart Street Lights Pilot Program? Neither had we. Mr. Pace’s presentation to council was informative. One important item that was left out: how much were the two pilot programs going to cost taxpayers? We asked the City of Colorado Springs for more details and they quickly sent us this information about the project.

Local governments seem to be so awash in our cash, that they sit around dreaming up ideas about how to waste the money.

So, what were these pilot programs about?

There are approximately 27,000 street lights across the City of Colorado Springs. So far, about 18% of the lights have been converted to LED lights in order to save energy. The city’s Office of Innovation aimed to take energy savings a step further, and the pilot was set up with 2 companies— Verizon and Landis+Gyr— to set up 90 of those streetlights on a dimming schedule. You paid those 2 companies a total of $23,803 for the 1-year pilot program just for the lights. The dimming schedules are below.

Our concern is for safety. Why dim street lights in a city that is currently dealing with an increase in crime? Is anyone else seeing all of the car break-ins and theft reports on Nextdoor? The city reports they are dealing with a shortage of police officers, too. Does it sound logical to dim street lights when we’re facing increasing crime?

Campbell Scientific provided the technology for the Weather Sensor Pilot Program. Each of the 6 council districts had 1 sensor installed. The cost was $74,365. All six of the weather stations included snow depth sensors, road temperature sensors, data loggers, battery backup, a weather enclosure, and mounting hardware. One of the weather stations included a solar panel and battery backup so that it could operate completely off-grid. It also included a wind gauge, and air temperature and relative humidity sensors. The weather sensors were touted as being useful at monitoring snow depth to make plowing more efficient during snowstorms, but some of the sensors did not accurately record snow depths. When a car would drive by several of the sensors, the sensors would give an inaccurate reading of 10 feet of snow as opposed to the actual snow depth.

The City of Colorado Springs doesn’t plow all roads following snowstorms. They have a system in place for plowing primary and secondary routes. Due to the infrequency of snow storms, the city only has a total of 59 plows. So, why do they need data about how much snow is in any given area? The primary and secondary routes still need to be plowed. The city clears residential roads when 6 or more inches of snow has fallen. If you’ve lived in Colorado Springs for a while, you know the sun takes care of most of the snow over several days. Yes, snow is inconvenient when it falls, but it melts quickly.

We also question the need for temperature and humidity sensors on city light poles. Local news weather centers clearly have access to weather monitoring, and we presume that Colorado Springs Airport has very sophisticated weather monitoring. So, why spend all this money to duplicate those efforts?

Sadly, these pilot programs aren’t stopping with the 2 we’ve mentioned above. There are more ahead. During Mr. Pace’s presentation he reported that “stakeholders” are asking for a multi-modal counter to count cars, bikes, and pedestrians. Will bicycle enthusiasts —the presumed stakeholders— know where those counters are installed and make a point of pedaling past the counters to inflate their tiny numbers? Also, Mr. Pace shared that air quality monitors and public wi-fi will be piloted, too. No mention was made of the cost of these pilot programs.

Contact your City Council Members and ask why there were no questions about the cost of these pilot programs during the Council work session presentation. The spending spree with our money needs to cease. Data just for the sake of data is a waste of money, and they need to be held accountable for the irresponsible spending.

4 thoughts on “COS Pilot Program: Darkened Streets and Useless Data”