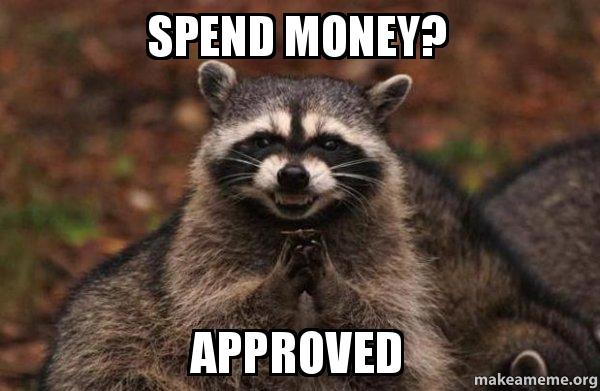 A few months back, we received a tip from a reader suggesting that we check the P-card spending for the El Paso County Commissioners. A county commissioner had been seen at some swanky downtown restaurants. Our reader wanted to see who had paid for those fancy lunches. P-cards are purchasing cards given to Commissioners to pay for expenses while doing county business. They are like a company credit card, but in the case of government P-cards, taxpayers pay the bill.

We filed a Colorado Open Records Act (CORA) request with the county. Did something turn up? Did we find the fancy lunches?

Sure, some of the spending raised eyebrows, but none of it was earth shattering. What did we learn?

The cost of our CORA, asking for 12 months of Commissioner spending receipts, was $400. That was a red flag for us. Why was it so much? Doesn’t the county have some sort of database in place to track the spending of employees who have P-cards? Shouldn’t it have one?

Public Information Officer Michael Madsen told us that it was so pricey, because the request covered a broad range of reports, invoices, receipts, etc., that would need to be compiled, reviewed, and redacted. Again, a red flag.

We received a large dump of information in the CORA response —hundreds of pages of receipts and statements. None of it was redacted, which is a good thing. We should all be able to see what is being bought with our money.

The spending varied among the commissioners. Some commissioners travel out of the area quite a bit, but some stay close to home. Some ask for reimbursement for $3 cups of coffee, but others don’t charge the taxpayers for it. Some park in downtown parking spots that cost you $2, but others figure out a way not to charge the taxpayers. We’ll let you be the judge. Click on the names below to see the CORA response for each of the Commissioner’s spending habits from December 2021 through December 2022.

What are the rules?

We wondered: Does the county have any guidelines for reimbursable expenses? Companies that have P-cards have policies describing appropriate expenses. It was clear to us that travel is approved ahead of time, as the commissioners need to pay conference fees and book airfare.

We saw purchases such as cameras, last minute Fed-Ex copies, $80 meals at restaurants, etc., and wondered if those were in-bounds or not. We asked if there were rules in place for reimbursable spending. Madsen replied:

“El Paso County has no written policies regarding reimbursable expenses for county commissioners.”

We dug further and asked, “They can charge whatever they want and get fully reimbursed for it? No questions asked?” Mr. Madsen responded:

“In my previous email response (that the county has no written policies) I was referring to reimbursements only. There is strict policy in place regarding the use of county purchasing cards (please see line 10 of the attached Purchasing card agreement).”

Here is the Purchasing Card Agreement that Madsen sent.  We disagree that “there is a strict policy in place.” There is no clear guidance for spending. Seems to be a policy of “anything goes.”

What should be done?

The county needs to establish reimbursable and non-reimbursable expense policies for commissioners as well as for any other county employees who have P-cards. Policies would clarify things for taxpayers and for the commissioners. Also, the county must have a spending database in place. It shouldn’t cost $400 for taxpayers to have access to what money their public servants are spending. It should be available and easily accessible whenever it’s requested —at zero cost.

3 thoughts on “EPC Commissioners’ Purchasing Card Spending Under the Microscope”