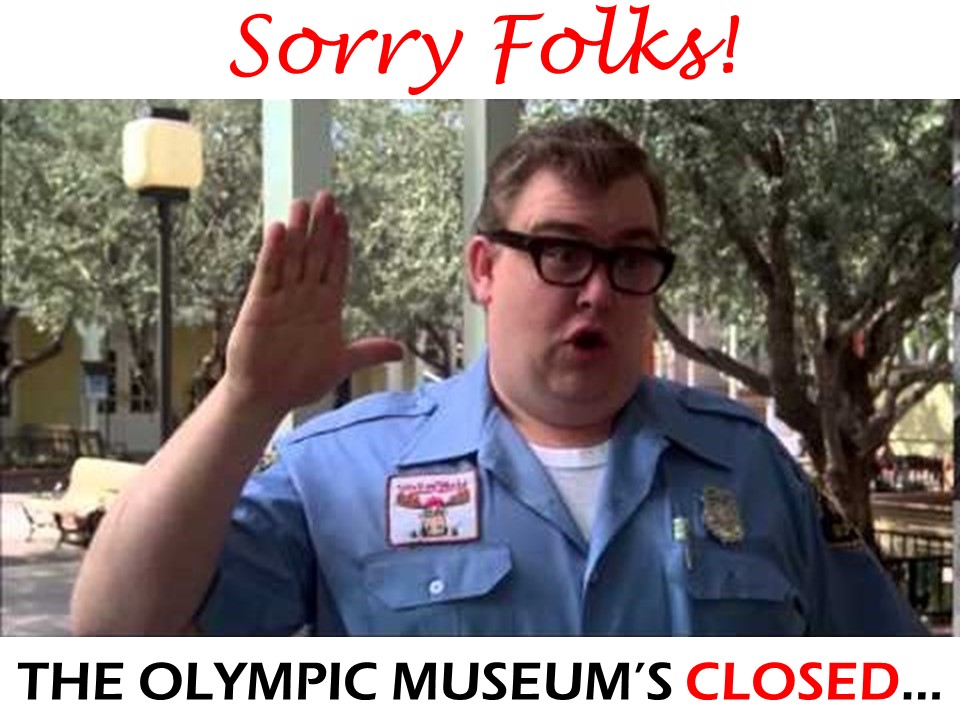 Wait a second: We remember when the City administrators said that taxpayers wouldn’t be on the hook for any more money, due to the Regional Tourism Financing scheme.

On June 15th, the El Paso County Board of County Commissioners approved handing over $500,000 of your money to the museum without even a single word of comment. They allowed it to be on the consent calendar, meaning there was no public discussion about it.

“The Board is aware of the items on the consent agenda and are fine with the terms of the deal. El Paso County has pledged to do the most good with the federal dollars that have come through the CARES Act and ARPA. The museum did not share visitor numbers, but it’s not a stretch to say tourism and restaurants have struggled through the Polis shutdowns. We’ve provided millions of dollars through hundreds of grants to struggling businesses and non-profits.

From the resolution the Board passed:

The Board believes it will serve the public welfare and best interests of the citizens of El Paso County to contribute the $500,000.00 to USOPPM and enter into the Sponsorship Agreement”.

We responded to Mr. Parsell, copying the County Commissioners, asking for answers directly from those who we elect. We’ll let you know if we receive a response.

We are disappointed that there were no questions from our elected public servants about this $500,000 expenditure. We suspect there are politics at play, as they do favors for an unsuccessful City for Champions project. It’s disgraceful.

Next up, the museum leaders will go before Colorado Springs City Council to ask for $3.5 million of taxpayer dollars. We expect to hear further details in July.

The museum doesn’t warrant taking our taxpayer dollars. The museum should support itself, as taxpayers were told it would. If it cannot do so, it should fail.

The Olympic Museum has not disclosed its visitor numbers, however the projections shared prior to its construction predicted 900 visitors per day to the venue. We decided to do our own independent research, and physically track how many people were entering the museum on this past Saturday. Yes, we sat outside with an old-fashioned clicker. Keep in mind that a Saturday in the middle of June should show the highest number of visitors, compared to a mid-week day in the fall, winter, or spring, for example.

What did our investigation reveal?

It confirmed our suspicions that even though COVID-19 restrictions have been lifted, the museum guest traffic is not living up to the pre-construction projections.

From 9 a.m. to 4 p.m. on Saturday, June 19th, 622 people entered the museum. Counting was suddenly halted 2 hours prior to the museum’s scheduled 6 p.m. closing time, when at 4 p.m., media started showing up and signs were placed around the building that said, “Private Event.” One of our team members queried a museum staff member, and was told that a “private donor event” was about to begin and that the museum was closing 2 hours early.

Consider the difference between private businesses and government supported entities. If your private business was struggling to make ends meet, would you close 2 hours early? Couldn’t you schedule the “private donor event” for after hours? The Olympic Museum has apparently forgotten that taxpayers are also donors —the involuntary kind.

And, perhaps the taxpayers’ invitations got lost in the mail.

With such low attendance numbers, it’s our prediction that this won’t be the last time the Olympic Museum puts their hands in our pockets, asking for additional assistance. Let’s put a stop to it before the City of Colorado Springs decides to prop up this endeavor with another $3.5 million of taxpayer money.

Contact Mayor John Suthers and all the City Council members. If there will be an influx of federal taxpayer money into El Paso County and the City of Colorado Springs, the money needs to go toward fixing our pothole-ridden roads, not propping up a museum.

Next, contact the County Commissioners, and let them know your disappointment with their $500,000 “gift” to the museum. You deserve to know why they did it.

Let’s leave all the favors off the list. The Olympic Museum isn’t too big to fail.