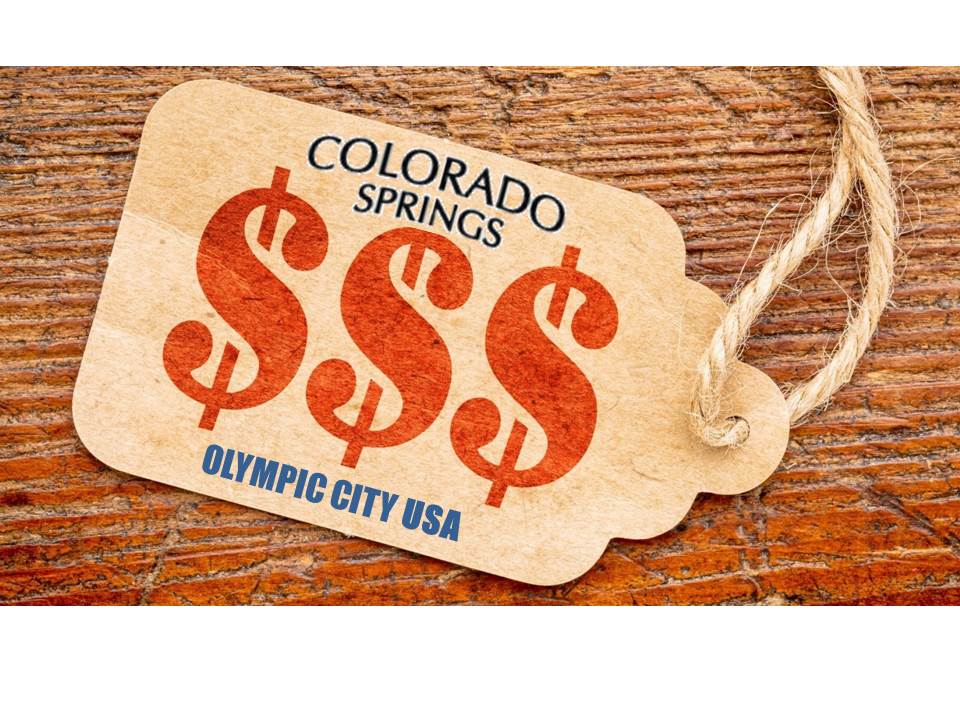 Just a reminder: the museum wasn’t supposed to cost taxpayers anything more than future state sales taxes. As you’ll read below, it’s costing you more and more every year to keep it afloat. It would certainly be cheaper for taxpayers if Colorado Springs was instead known as one of those cities with the biggest ball of twine, or the biggest ketchup bottle!

Some Past Museum Funding

Let’s hit some of the highlights before we dive in…

Only 2 weeks ago, City of Colorado Springs Chief Financial Officer Charae McDaniel appeared at a Colorado Springs City Council Work Session. The purpose of her appearance was to ask approval for a supplemental LART appropriation for a June 25-27, 2022 Olympic Museum event. She stated that the museum had already been granted a “small” $20,000 award for the June 2022 Hall of Fame Festival Event. She said the reason she was back to ask for more money for that past eventwas that it became a “much bigger event” with the addition of a Hall of Fame Induction Ceremony. McDaniel shared with the councilors that the museum did not complete any additional applications for the extra post-event $300,000.

We appreciate that Councilwoman Nancy Henjum asked why there was no application for the additional amount, and her urging that grants not be done in the future without applications. She also asked to see the breakdown of where this $300,000 was spent. We share that breakdown below.

Councilman Bill Murray said he thought the amount was high, and he was concerned that this event would now be sponsored at this level forever, but said he would defer to the LART committee decision in this case. He said $300,000 would support most organizations for a year, not just a weekend. All council members voted in favor of the additional $300,000 the next day at the city council meeting.

Through CORA, we requested the Olympic Museum’s LART Funding request and communications to city council about the additional request for $300,000. We were told in response to the CORA request that the museum only filled out one application for the first $20,000 in May 2021. The $20,000 request was for a Hall of Fame Celebration and Induction ceremony. In her presentation to council, though, McDaniel said the additional $300,000 was needed because the Hall of Fame Festival event had become a much bigger event to include the Hall of Fame induction ceremony. Did she even know why she was asking council for the $300,000? See the full discussion at 1:30:50 here in the video.

See the May 2021 application that says the June 2022 event is a Hall of Fame Induction ceremony here.

The city’s CORA staff passed along the museum’s operating budget for 2021. See the budget here. The museum operated in the red in 2021.

The projected pre-event budget submitted in May 2021 was $270,000. With the $20,000 LART contribution, national sponsors, ticket sales, donors, and merchandise sales, the museum’s projected event budget calculations predicted the cost of the $270,000 event would be fully funded.


In an email to city council, the post-event total for the already completed event showed a total of $308,173.51.


Of note, the pre-event projected cost for Colorado Springs Police Department (CSPD) event security was $2,400. The post-event expense analysis was $21,630. That’s an increase of $19,230 to the CSPD.

We asked City of Colorado Springs Lead Communication Specialist Vanessa Zink about where the first $20,000 given to the museum went, as it wasn’t on the event’s expense analysis.

I’m moving forward with the final expense report for the event that was provided to council and me (for the Cora). It only indicates the 300k and the 20k initially provided in May 2021 is not included. That leaves me and taxpayers guessing about what happened to the other 20k. If the city is unable to provide me with information about what happened to the other 20k, that’s a problem. This is a post-event ask from the museum and there should be some accountability and information. I see no proof that they needed the full 300k approved by council. That extra 12k in LART money could have been used by another organization for their event. There needs to better scrutiny of the information. The handing over of tax money with no questions asked is irresponsible.

On the day Council approved the additional $300,000 LART award, they voted to make the museum’s Hall of Fame Induction Event a biennial city sponsored and funded event. It was unanimously approved by council.

We think we’ll soon see a ballot issue asking citizens to approve a tax increase for LART. The seed for this idea was already planted at City Council recently. Does the museum deserve this level of funding for one biennial event, when the city isn’t closely watching every LART dollar spent?

Let’s let the “Olympic City USA” brand die. The museum needs to start fending for itself and stop being a money pit. Reach out to the City Council members and ask them why they voted in favor of an additional $300,000 for the event. Also, ask if they reviewed the museum’s operating budget. It’s a reasonable expectation that our elected representatives look critically at the data provided to them. They work for us, after all!