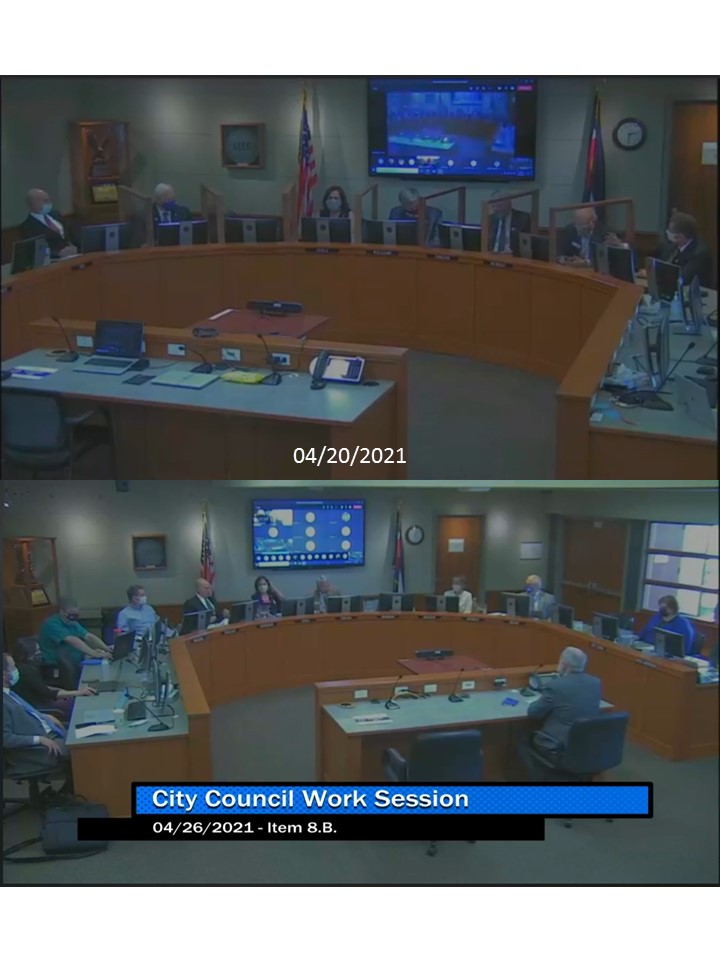 Colorado Springs —  SpringsTaxpayers.com –an organization committed to holding local government accountable– announced today its demand that the City of Colorado Springs fully open its City Council meetings, board and commission meetings, and other public meetings where public input is gathered and decisions are made.

“During the government-mandated shutdowns over the past year, members of the public have had to phone in or email their feedback, while well-heeled developers have had the luxury of presenting their projects in person before boards, commissions, and the City Council,” said Laura Carno, SpringsTaxpayers.com’s co-founder. “The City’s business is the business of its residents,” continued Carno, “Those who fund City services with their tax dollars, and whose neighborhoods are impacted by these decisions have as much right to attend these meetings in person.”

In an April 26th City Council meeting, the Council members were no longer socially distanced. Additionally, plexiglass barriers that were present during an April 20th meeting have disappeared. There is no reason that residents can’t also attend meetings in person.

SpringsTaxpayers.com has covered numerous stories of decisions that were made by boards, commissions and the City Council, where affected residents were not able to appear in public. Appearing in person would have put them on an equal footing with the developers. These stories included our warning not to cut out the public in the first place, zoning changes in the Middle Shooks Run neighborhood, zoning changes in the Mountain Shadows neighborhood, an annexation and zoning change in the Spring Crest neighborhood, and a story about citizens demanding a meeting be rescheduled, only to be muted by City staff.

For more information about SpringTaxpayers.com, please visit our

. For questions or interviews, please contact Laura Carno at