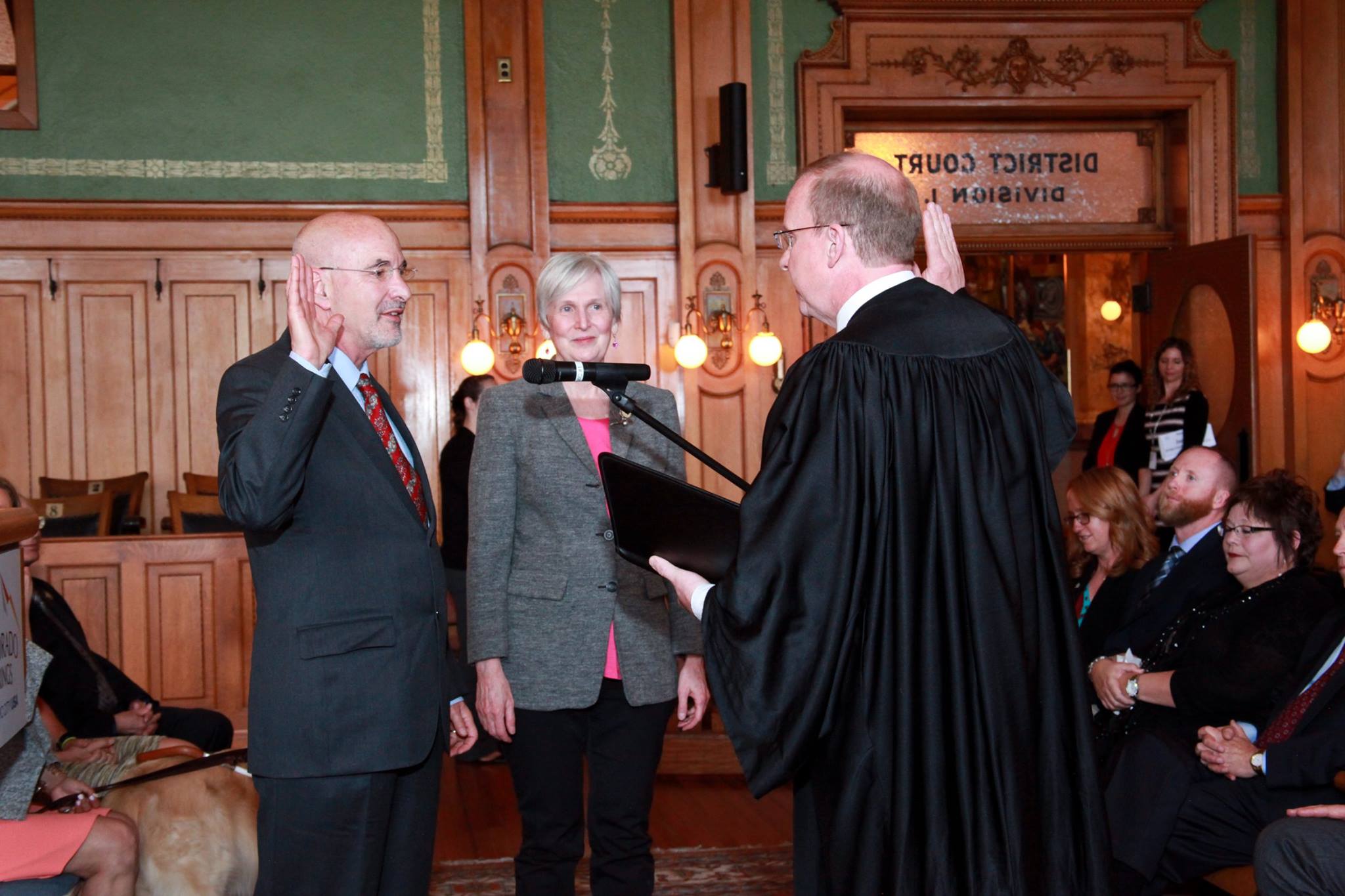 Here at SpringsTaxpayers.com, we are committed to following up on stories that interest our readers.

No doubt, many of you recall Colorado Springs City Council President Richard Skorman’s, “Do-you-know-who-I-am?” interference in an accident scene last year, and the lengthy ethics investigation that followed. It was subsequently uncovered that the driver Skorman tried to protect had a familial-type relationship with him.

Even though the predominant question on everyone’s mind has been, “What was in that backpack?” we did some digging into another matter —a financial matter. Who paid for President Skorman’s private legal fees during that investigation?

According to a City Resolution, the party accused of an ethics violation would have to reimburse the city for legal fees, “if the subject is found to have committed a violation of the City’s Code of Ethics.” After a 5-month investigation, the Independent Ethics Committee (IEC) unanimously decided President Skorman had violated the City’s Code of Ethics and recommended he receive an oral reprimand for his conduct.

The next step in the ethics investigation process was for the City Council members to weigh in on the recommendation of the IEC, and the proposed punishment. Councilors Avila, Bennett, Gaebler, Geislinger, and Murray —those with whom he undoubtedly has personal friendships— voted as a majority to dismiss that recommendation. They apparently thought they knew better than the IEC. As a result, Colorado Springs taxpayers are on the hook for nearly $10,000 in legal fees to defend President Skorman.

You’d think that when taxpayers are stuck with the bill, we would have full access to the invoices. Not so fast. The City redacted the details of the invoices from us when we asked for the copies through a Colorado Open Records Act (CORA) request. When subsequently asked for the redacted information, the City replied that the invoices fell under attorney client privilege. Since taxpayers paid for the attorney, you’d think that we’d be entitled to see what we got for our $10,000!

See those invoices here and here, with significant redactions.

As a not-so-minor aside, the accident victim —who filed the ethics complaint against Skorman— is a Colorado Springs taxpayer. Not only was she victimized in the accident, not only was she re-victimized by the City Council overturning the IEC’s decision, but she is now accountable to pay for part of his legal defense. That’s just not right.

We’ve given this matter much consideration. Here is our appeal to you, City Council President Skorman. We are calling on you to do the right thing and pay your own legal fees. You are responsible for your own mistakes —for which you apologized— and you were wrong to interfere in that accident scene. Make it right and return those funds to the city coffers.

5 thoughts on “Should Taxpayers Pick Up Poor Richard’s Tab?”