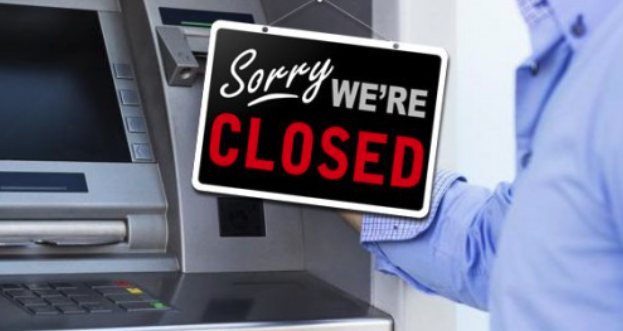 In January, we published an article about a Platte Avenue Corridor Study public meeting detailing the city’s “ambitions” for Platte Avenue. The city having “ambition” makes us more than a little nervous.

Last week, I attended two additional meetings on behalf of SpringsTaxpayers.com readers. Both meetings were about the Platte Avenue Corridor Study.

The first meeting was an open house, held on June 7th. It was open to the public. No citizens were present at the time I was there —it was me, one media person, and a lot of city bureaucrats. The bureaucrats proudly displayed the poster board images of their big plans for the Platte Avenue corridor. Their plan is to change Platte Avenue in order to better accommodate multi-modal transportation. They have hopes of achieving that goal by turning Platte Avenue and Boulder Street into one-way streets, and removing medians through a portion of the corridor. They want to add bus lanes and bike lanes. They also propose adjusting the timing of traffic lights to slow down traffic.

Voters will be asked to approve an extension to PPRTA this November.

I asked Roberts what would happen in the event that voters reject the November, 2022 ballot issue to renew PPRTA. I wondered whether it would kill the Platte Avenue Project. Roberts said that it would.

Roberts reminded me that if the PPRTA extension failed to pass, that it would kill all PPRTA projects along with it, as if to warn me it wasn’t a good idea.

Are all PPRTA projects disclosed to the taxpayers ahead of time? No. There is a lot of extra money in PPRTA’s budget that is spent on projects that voters are never made aware of. Remember the UCCS Spine Road project that we reported on?  That project was funded by PPRTA.

The second meeting I attended and recorded was the June 9th Mid-Shooks Run neighborhood HOA meeting. City Councilwoman Nancy Henjum, City of Colorado Springs Engineer Aaron Egbert, and Olsson Consulting Project Engineer Ted Ritschard were in attendance, too, and answered questions from the neighbors. Most in this neighborhood are opposed to the proposed changes to Platte Avenue. The project would turn Platte Avenue and Boulder Street into one-way streets from Wahsatch east, to where the two streets naturally intersect. Changing the streets to one-way streets would accommodate the addition of more unused bike lanes and make room for bus lanes for all the empty buses that roll through town. The grassy medians would also disappear to make room for the changes.

The neighbors were largely united in their opposition to the project.

The neighborhood residents have formed an opposition group, called Save our Streets COS. Visit their website here. The majority of the approximately 125 residents at this June 9th meeting, oppose the one-way street conversions. One resident pointed out that it looks like the country is headed toward a recession and expressed concerns about spending the money. A Memorial Hospital emergency room physician who lives in the neighborhood disliked some language directed at neighbors who questioned the project study —he said they don’t need to be told “change is hard”. Parking issues, hospital access, and vehicles cutting through neighborhood side streets were also concerns.

At 1:10:55 in the meeting, one neighbor asked the cost, where the money comes from, and what the cost is of doing nothing. His suggestion that the money be used on potholes instead was met with loud applause. No one from the City shared the cost for the project.

Since the Mid-Shooks Run meeting, the City of Colorado Springs has backed off from some of the Platte Project changes being funded by PPRTA tax money.

As reported in this Gazette article:

“As Banning Lewis Ranch is built out and congestion on Platte Avenue worsens, the city might need to look to other transportation funding sources to make changes to the corridor, since a large project for Platte will not be included in the ballot question.”

Here is our interpretation: the city employees don’t want to risk PPRTA being rejected by the voters this November, so they will look for other tax funding sources for this misguided project. It’s a shell game, where they move around piles of taxpayer money.

Which leads us to this question:

Should voters start rejecting taxation ballot issues and tell the City of Colorado Springs and El Paso County that they’ve had enough?

Local governments collect plenty of taxpayer dollars without the addition of taxes like the pothole tax and PPRTA. They often use tax money in ways that the taxpayers —those who earn the money— don’t agree with. With the economy headed in the wrong direction, what makes government think it deserves additional funds from taxpayers?

There’s a lot of wasteful spending, bloated employee salaries, and explosive growth in local government. There are too many bureaucrats with too many of our dollars spending too much time thinking up projects most of us don’t want or need. It’s completely out of control, and it’s time to tell them that the taxpayer ATM is out of money.

Many folks are hurting. As we’re headed toward a recession, many can’t afford utilities, food, and gasoline. Just this week, Colorado Springs Utilities announced it is looking at another rate increase for gas and electric.

It’s pretty nervy of local government to think it deserves more, when we’re all having to get by with less.

The next time you see a ballot issue asking permission for government to keep your money, or asking you to agree to a sales tax increase, think about your own neighborhood, like the Platte Avenue folks are doing now. Extra money in government coffers opens up the possibility for a bureaucrat making changes you may not like.

Think about it. Is your neighborhood the next target?