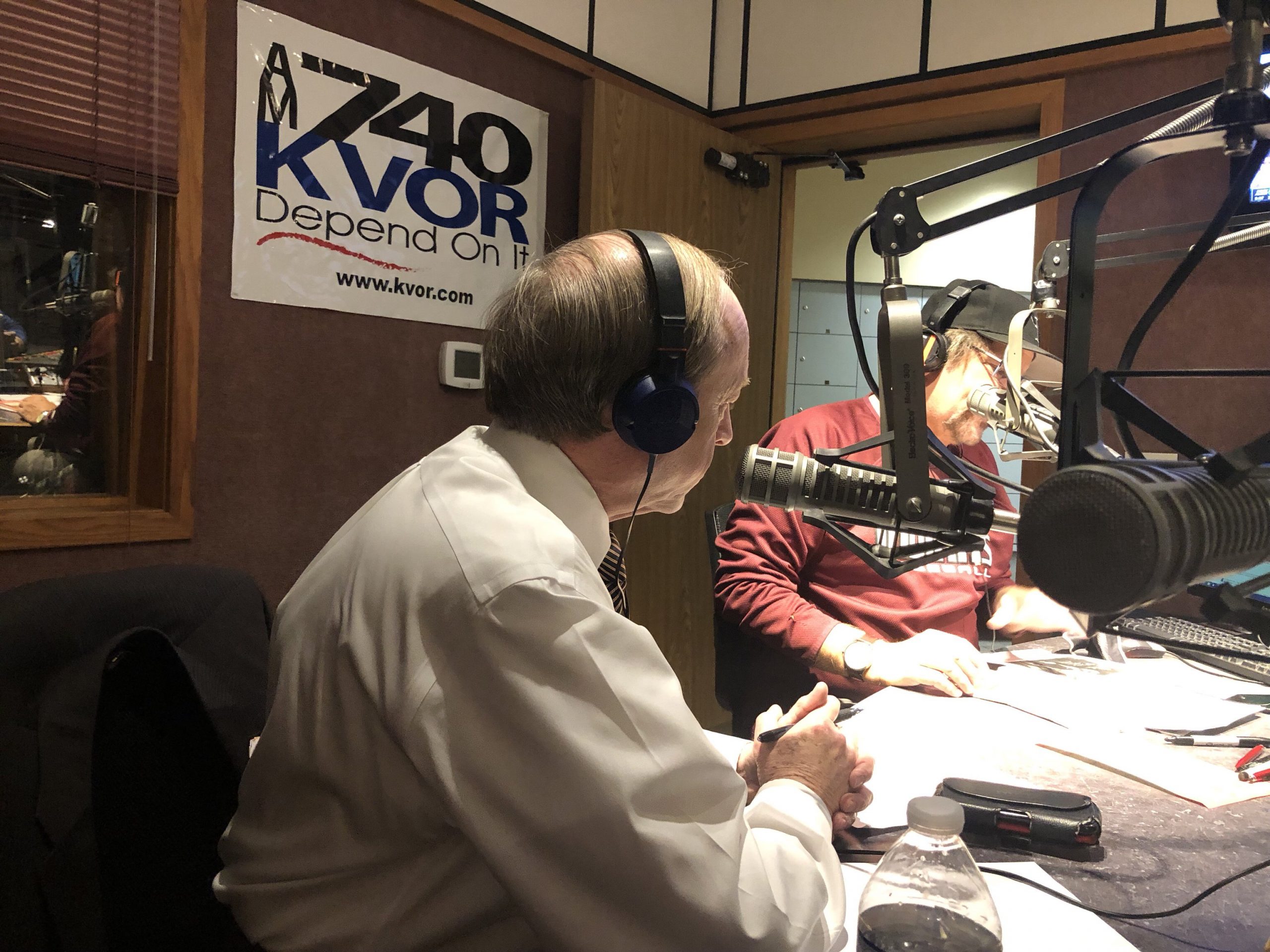 On November 13th, Colorado Springs Mayor John Suthers appeared on KVOR’s Richard Randall Show. Follow the links at the bottom of this blog to listen to the 6-minute segment we found most interesting, or to review the transcription.

The Mayor didn’t have warm, fuzzy things to say about SpringsTaxpayers.com. At about 24 seconds in, Suthers referred to us as “Black Forest Taxpayers”—a jab at Laura Carno, one of our founders who lives outside the City limits. The other half of SpringsTaxpayers.com is Rebecca Marshall —a 22-year resident of Colorado Springs and an Air Force Veteran who has raised a family here. Acknowledging that one of us is a Colorado Springs resident doesn’t fit his narrative, though.

Here is that section from the transcription, in response to a caller who asked about potholes and bike lanes:

Well, first of all, bike lanes are not paid for by 2C, you been listening to black forest taxpayers.com too much. But the fact of the matter is you can go to the city website and see if you’re on the, 2C renewal lists because it’s got a list of literally hundreds and hundreds of residential roads. And if you’re not, I would encourage you to call city streets and have them come out and look at it and see if you shouldn’t be on that list because you could be added to this. But look at the 2C renewal list and see if you’re on it. There’s hundreds and hundreds of streets on it.

As far as bike lanes not being paid for by 2C, we have reported that bike lane projects have been done in conjunction with the re-striping of roads that were re-paved under 2C. See those stories here and here.

At SpringsTaxpyers.com, we report on news of importance to people in the Pikes Peak Region. We report on El Paso County, Monument, Manitou Springs, Fountain, Security, and even Black Forest. Most stories we report on are those occurring in the City of Colorado Springs, primarily due to its size. That said, it is also the place where citizens are increasingly irritated by road-dieting. The Mayor’s attempts to minimize the views of those who follow SpringsTaxpayers.com, because one of its founders lives outside the City limits —even though our other founder is an Air Force Veteran who has lived in the City for 22 years— strikes us as Suthers being dismissive of citizens’ concerns. This attack is simply a distraction. We aren’t buying it, and we don’t think our readers are either.

Then at 4:20 in the podcast, Mayor Suthers had this response to a question about how he reconciles bike lanes and road dieting with an efficient network that attracts business:

That’s the job of city planners. The mayor does not sit in his office and say, Oh, let’s put a bike lane here. Oh, let’s diet this. We have a traffic engineers and the city planners who went to school and studied this stuff and they make decisions and I have to rely on them as opposed to the 480,000 would-be traffic engineers that contact my office and call Richard Randall.

To be clear, the Mayor is calling citizens who speak out against road-dieting “would-be traffic engineers.” We maintain that ordinary citizens, even though they didn’t go the school and “study this stuff,” have the mental capabilities to determine whether they want their own roads narrowed. We find the comments condescending.

Judging by the listener questions, it’s apparent that the Mayor is not receptive to criticism about bike lanes and road dieting. Also, if you complain, he’s going to assume (at 2:31 in the podcast) that you are over 50 years of age:

I’ve found people over 50 hate bike lanes, people under 40 love bike lanes and everybody between 40 and 50 are ambivalent.

As an aside, we completed this transcription through a very cost-effective site called Temi.com. The website name comes from their fee structure: Ten Cents a Minute. We know that not everyone is always in a place where they can listen to audio links in our blogs, but they might be in a place to read transcripts. You can expect to see more audio transcriptions from us in the future.

Listen to the whole 6 and a half minute segment here. Read the transcript here.