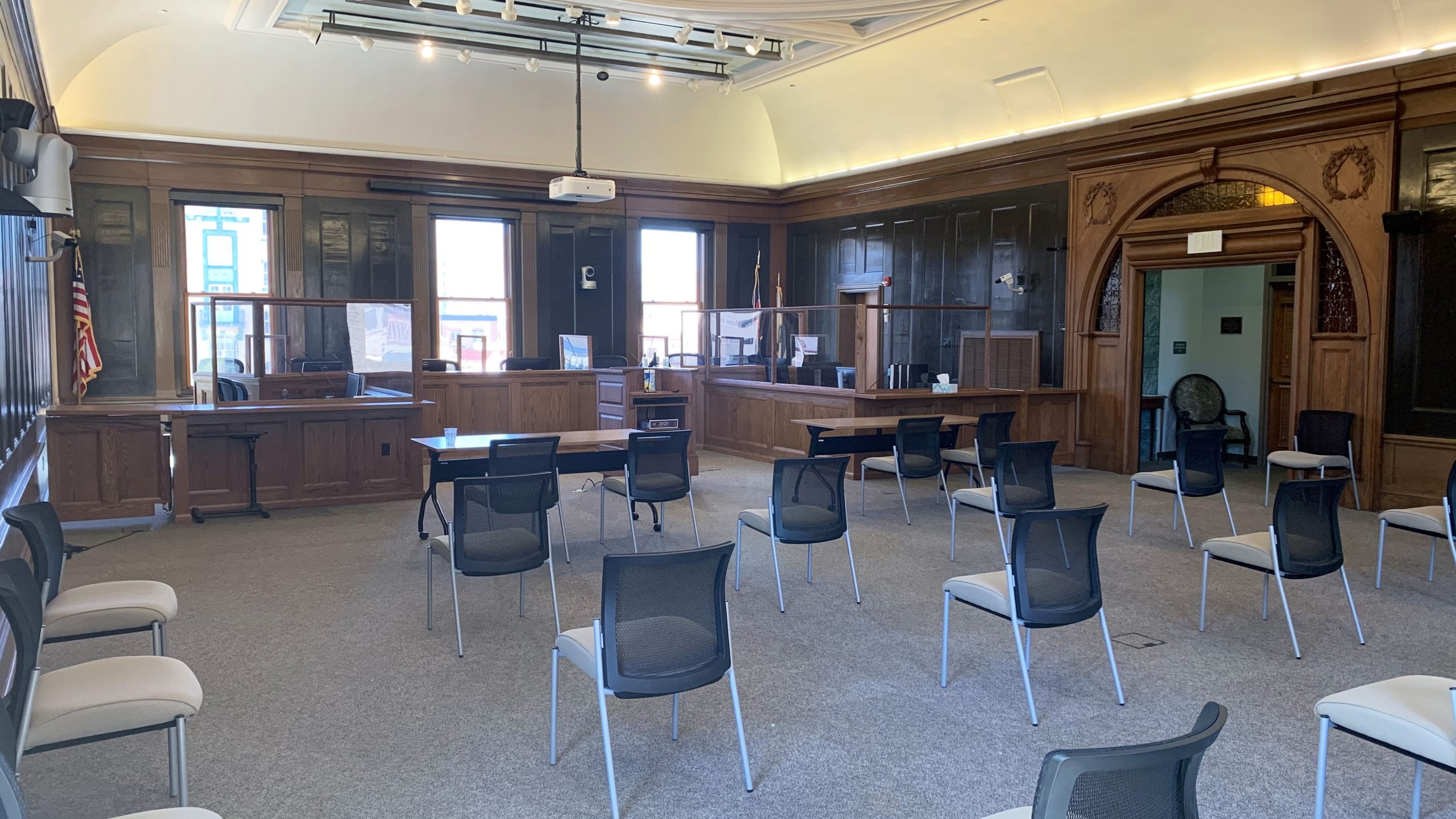 Taxpayers just paid $465,000 to have Colorado Springs City Council chambers remodeled, and to have the audio-visual systems upgraded. That might sound reasonable on its face. But the City Council offices —or as they call them, “suites”— have also been redecorated. Wait till you read what they spent your money on.

So, how did they pay for it?

Some people have a short memory when it comes to the number of times the City has increased our taxes or that they have retained our TABOR overages. Mayor Suthers has never met a tax increase he doesn’t like. He has often resembled the relative many families have who tells everyone how broke he is, then pulls up in a new car. He is not a fiscal conservative and he more often aligns with the Denver tax-and-spenders when it comes to spending our hard-earned money.

In the midst of the Fall 2020 election season, we opposed Suthers’ efforts to keep the latest TABOR overage. He said the pandemic had put the future of the city services in jeopardy. We were promised the funds would go toward public safety.

We sounded the alarm, as the ballot issue language allowed for all future years’ overages to be spent any way the bureaucrats see fit —not necessarily on public safety. We see too much waste in local government, as they aren’t good stewards of our money. We wrote about some of that waste here, here, and here.

Any guess what was going on behind the scenes, at the exact same time Suthers asked you to allow him to keep the TABOR money? Emails we’ve obtained through a Colorado Open Records Act (CORA) request indicate the plans for the remodeling and redecorating project were well under way in July of 2020 —4 months before Mayor Suthers was claiming the City was so poor that you needed to vote to allow him to keep the TABOR overage of $3.9 million!

The CORA emails showed that City staff were already making plans to remodel Colorado Springs City Council chambers and City Council members offices with the City’s general fund money. If your family was so broke that it was looking for additional sources of income, would you have remodeled and redecorated your house?

The day after the City Council elections in April 2021, the City finally announced the remodeling projects to the public. Interesting timing.

Giving the City the benefit of the doubt, we hoped the CORA would reveal that the remodel was being done in order to allow citizens to attend city meetings in-person. After all, the general public has been locked out of meetings since March of 2020, even though developers are allowed to attend in-person. We hoped this renovation would fix that problem.

Sadly, our CORA revealed the remodel will not allow for the public’s future in-person attendance. In fact, it uncovered just the opposite. In one meeting about the renovation (read the minutes here), attended by multiple city staff and the renovation contractor, they discussed the 25-person attendance limit the City uses currently. City staff currently invites only certain people to speak before council. We have reported that usually it’s the developers who are invited in, but those trying to defend their neighborhoods from the developers’ moves are the ones who are locked out.

The work group said that if the new design allows for it, they could limit the physical audience members to “key speakers” only. That sounds like they intend to severely restrict live public attendance at council meetings entirely. We want more transparency and in-person meeting attendance —not less! Public servants work for the people. Elected members of the City Council should have to face their constituents, not hide behind Zoom calls.

The meeting minutes also revealed that the working group wanted the Council dais to, “exude importance, power, and prominence.” Oh. Seems to us that they have the relationship between citizens and their government upside down.

We don’t know about you, but we don’t replace things in our homes until they break or are worn out. It’s the difference between a need and a want, and most of us live on a budget. But the City is spending your money, not their own money, so wants vs. needs become a little muddy. Sounds like they are doing some pretty nice upgrades on our dime!

The only improvements we can get on board with is the improvements to the council live broadcasts. They are often choppy, and we’ve seen instances where meetings don’t record at all. We documented some of that here. While we are advocating for a return to the pre-shutdown levels of in-person meeting attendance, the technology for remote participation needs to be reliable.

Some of the renovation items make us wonder if City Council members want to separate themselves from us —those citizens they represent. The plan calls for the installation of bullet proof glass and bullet proof Kevlar around the dais, and moving the council dais further from the public for “safety purposes.” To be clear, we want our public servants to be safe. But they have an armed police officer guarding them at all times —much better protection than the rest of us. Their real fear should be that we will vote them out of office if they keep using us as their personal ATM.

Let’s face it, folks. The Emperor has no clothes. It strikes us as callous given the economic downturn caused by government imposed COVID restrictions, that politicians begging for more tax money continues and the spending increases. Government needs to be restrained in its spending of our money.

What can we do?

Call or email your member of City Council and the Mayor’s office. The City Council number is 719-385-5986, and the Mayor’s office number is 719-385-5900. Their email addresses are listed below. Let them know your opinion about them spending nearly half a million dollars of your money on fancy new offices, while they pled poverty last year. Also, let them know your opinion about the renovation limiting in-person participation. They work for us.