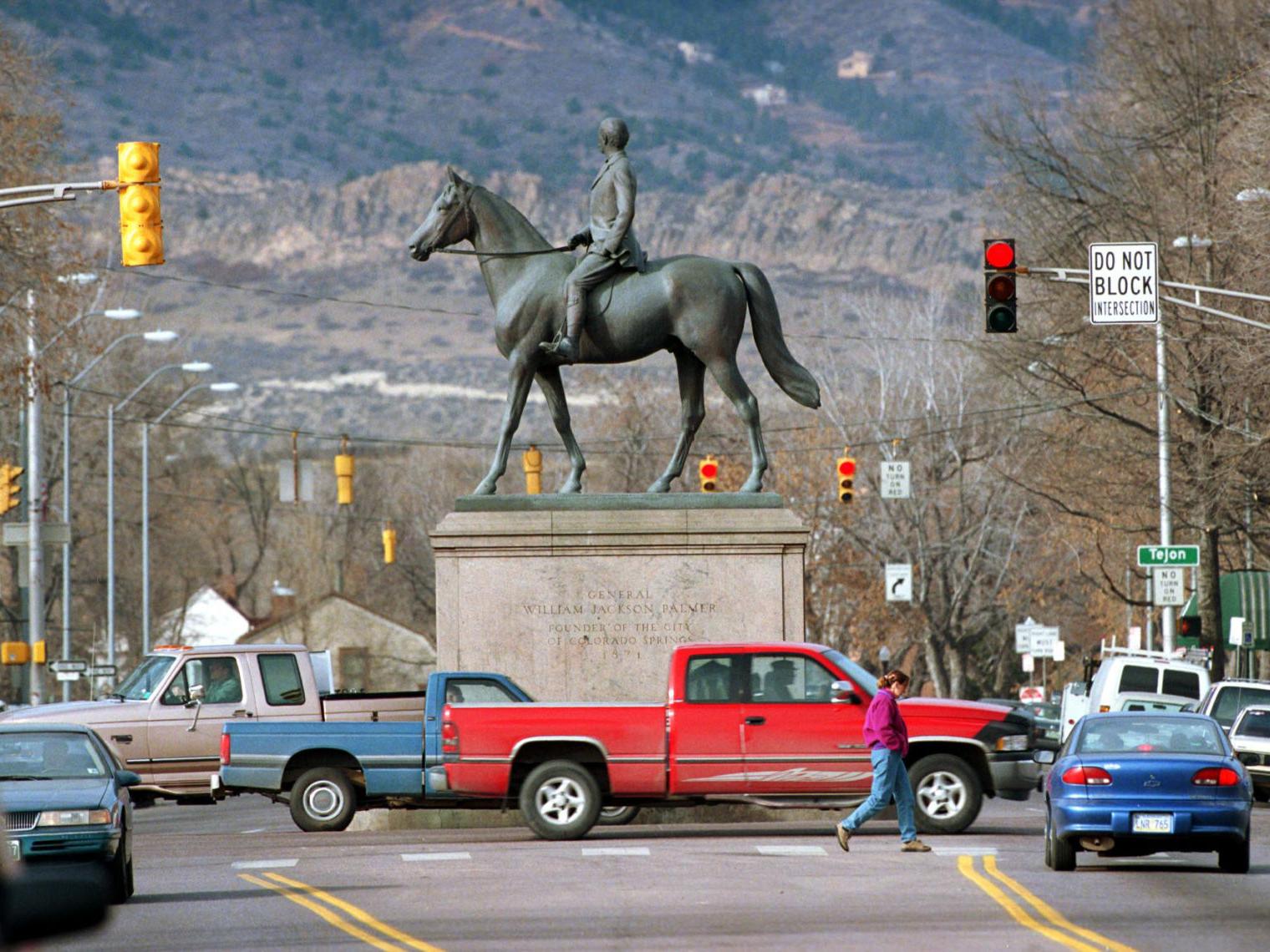 Do you live, travel, or have a business along Platte Avenue between I-25 and Powers Blvd? A lot of changes are set to happen if City of Colorado Springs bureaucrats get their way. You see, they have “ambitions” for Platte Avenue.

The specific changes that the city has in mind may or may not be ideal for those of you who will be impacted. We encourage citizens to speak up now, or forever hold your peace.

We’ve seen it over and over again in Colorado Springs. Once the ambitions of a few are fully implemented, it’s hard to right the ship no matter how upset you are.

The City of Colorado Springs formed the Platte Avenue Community Advisory Committee, as part of ConnectCOS. Below is a list of people who will be providing input to the committee. These are the people who have a seat at the table to make decisions about Platte Avenue. See if you can spot anyone who will be directly affected —meaning, their business or residence is in the area— by changes to Platte Avenue.

There are several bicycle-related groups represented on the committee. The city would have us think that cycling considerations are a big deal, but the total number of bike commuters in Colorado Springs is a mere 0.5% of the population—that’s only 5 people out of 1,000. What about the other 995 people who suffer the impacts of road diets to accommodate those 5 guys? So are cyclists the Great Danes in the transportation world, or are they really the Chihuahuas?

Buses, developers, fire and police, United Way, and UCCS are a few other interests that are represented. There is even a representative from the Front Range Passenger Rail Commission. That future boondoggle hasn’t even come to fruition yet, and they have a seat at the table to make important decisions about Platte Avenue. Were you able to spot any residents who actually live in that area, or business owners whose livelihoods are on the line? How about anyone who commutes by car from the Powers corridor? We don’t see any.

The Meeting and Survey

There was a planned Zoom meeting about the changes to the Platte Avenue corridor on December 15th, but that meeting was canceled due to a wind storm disrupting power. Instead, the planners released this video and a request for people to participate in a “community survey”. Here is that request:

The Platte Avenue Corridor Study project team would like your feedback on the identified “ambitions” for each of the four Character Areas along Platte Avenue and to what extent the proposed incremental and transformational alternatives address these ambitions.

You may also copy and paste this link into your browser:

Watch the video and pay careful attention to the new lingo being used by the presenters. They want to reduce automobile traffic lanes between Wahsatch and Cascade. They want to reduce traffic lanes on Boulder Street, too. The presenters were careful to avoid the phrase, “road-dieting” though. Instead, they stuck to what they likely considered more positive lingo to talk about their ambitions and perceived opportunities for the corridor. They used language like:

These are the new, gentler phrases to tell you that you’re going to lose traffic lanes in favor of bike lanes. How do you feel about these “ambitions” the city has for you?

What Can You Do?

In addition to watching the above video, make sure to participate in the survey. It’s your neighborhood. It doesn’t belong to CDOT, the parks department, PPRTA, the United Way, or Bike COS.

Nancy Henjum is the District 5 City Councilwoman for the area, and is on the committee. Give her a call at (719) 385-5483 or drop her an email at Nancy.Henjum@coloradosprings.gov. Pass along your polite comments and concerns. Additionally, share this blog on your local NextDoor site, and to any neighborhood Facebook pages. Get the word out!

3 thoughts on “The City’s Ambitions for Platte Avenue”