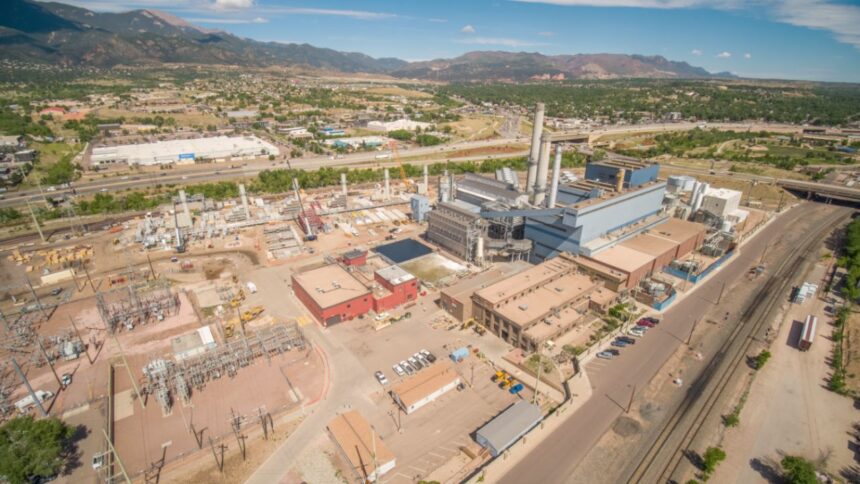 Did you know that the Martin Drake Coal Power Plant was decommissioned in August, 2021? You might have noticed due to your increased utility bills. The site the plant sits on is valuable downtown real estate. For 2 years, developers and politicians have been licking their chops, working behind the scenes to decide what to do with that land. They created the Drake Task Force.

The members of the task force include:

The Drake Task Force public meetings were held in October. At Springs Taxpayers, we pay close attention to what’s happening locally and this was the first time we had heard of the task force. We made a point to attend and video record two of those meetings for you. As you may recall from a previous article, we weren’t warmly welcomed when we went to record one of the meetings. We captured the exchange and wrote about it here.

But we were undeterred. Here are videos of the Drake Task Force meetings that we recorded, in their entirety:

What are they planning?

During each of the October meetings, the Drake Task Force organizers asked attendees to place colored stickers on displayed idea boards. The idea boards presented pictures of some possible uses for the site. Green stickers were to be placed on the ideas that were most appealing, and red stickers were for unappealing ideas. Some choices for the site included: a community center, water destinations, housing, outdoor activities, etc.

Who is paying for the task force costs and plans?

The two nonprofits mentioned above —the Legacy Institute, and the Downtown Partnership— are funding the Drake Task Force planning for the old Drake site. CSU owns the plant infrastructure and the City of Colorado Springs owns the land. Think about it: we have private individuals and nonprofits that have invested money into determining what they think should happen with the old Drake site —a site that you, the taxpayers, own. Why are these private organizations in charge of that decision?

How do they want to fund what’s done on the site in the future?

The Task Force wants to use federal taxpayer funds for the site, taking money from the same people who now have to pay higher utility rates due to the decommissioning of the Drake power plant. Others involved will make a profit and will use our tax dollars to do so. Who is looking out for the ratepayers and taxpayers? Here is a recent communication with Susan Edmondson from the Downtown Partnership. Edmondson is the President and CEO of the Downtown Partnership. We asked how much had been spent on the task force’s efforts.

Earlier this year, the DDA [Downtown Development Authority] voted to support Communicon’s second phase elements of the visioning process. That service will be $40,000 but to date no invoices have been received nor payments made; we anticipate paying that commitment before the end of this year.

What, you might ask, is CommuniCon? CommuniCon is a consulting company owned by Pam Shockley-Zalabak. Her company is leading the Task Force. The Downtown Partnership’s Downtown Development Authority (DDA) approved funds to CommuniCon in April 2022. In these DDA Meeting Minutes, Shockley-Zalabak explained that a cohesive, thorough process by an independent group is critical for attracting federal stimulus dollars, and seeking those dollars is crucial to offset the need for community funds. Just a reminder… federal stimulus money is still taxpayer money. This digs us into deeper debt as a country, leaving our children, and grandchildren on the hook. Shockley-Zalabak went on to say that the City of Colorado Springs and CSU are intentionally not contributing financially to the Task Force, as it must be an “independent process.”

But how independent is it really from the City and CSU?

We wondered who is on the Legacy Institute board . One name stood out to us —Ryan Trujillo. Trujillo is currently Mayor John Suthers’ Deputy Chief of Staff. Trujillo has held previous positions within the City of Colorado Springs prior to this current job. He took the Deputy Chief of Staff job on December 10, 2021. Only 5 days later, he was invited to join the board of the Legacy Institute.  Zach McComsey is the founder and Chief Executive Officer of the Legacy Institute. Here’s that invitation email, that we found after we filed a Colorado Open Records Act (CORA) request:

Have one more question for you and swear I was going to ask this after the holidays and it has nothing to do with your terrific promotion this week! I am hoping to grow our board (see springslegacy.org) next year and wanted to see if you would be interested in learning more? If so, I would like to set up a lunch with you, Phil, myself and a couple board members in February. Let me know what you think but from my experience working with you to date I know you would be a great fit if you are interested and have the time.

I recently met with Maureen to talk about a potential new small board committee at Legacy to help lead any future investments and involvement we may have related to community visioning for Drake. I have cc-ed her on this email, and she is very interested in leading this committee and we both wanted to see if you would be interested in serving as the other board member for it? If you are interested, I will bring the idea up at our next full board meeting in early November and then the three of us would have a first meeting shortly thereafter. Thanks in advance for your consideration!

Why is a Colorado Springs public servant working with a private, nonprofit to determine what should be done with a public, ratepayer owned utility and taxpayer owned land? The email invitation says the Drake Committee’s purpose is for, “future investments and involvement we may have related to community visioning for Drake”. No mention of what’s best for the citizens who Trujillo is supposed to serve.

Contact Colorado Springs City Council members and Mayor Suthers. Ask them who is going to benefit most in this deal and why federal taxpayer funds are needed for the site. It would be a great idea to leave the land in the hands of CSU. It’s a great spot for more natural gas generators. How can the land be used to save ratepayers money instead of spending it? Additionally, ask why the Colorado Springs Deputy Chief of Staff is working with a non-profit to help with their interests related to the site. We pay his salary. Shouldn’t he be working for our interests?